25 Jul The Power of Paying Positive Attention to Employees 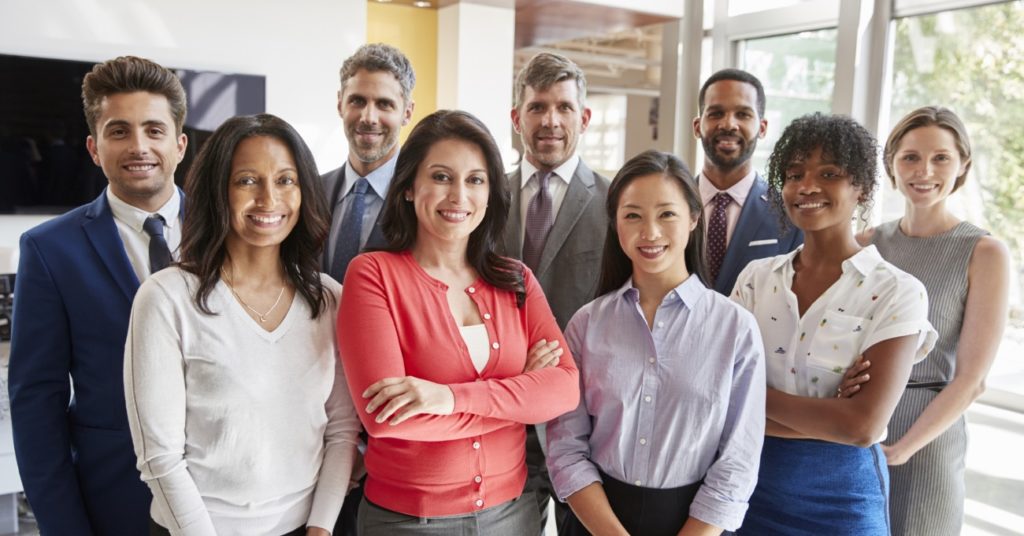 Today’s workplace can be a minefield of mental and psychological challenges. Businesses struggle with employee issues like absenteeism, turnover, burnout, and rising health care costs. These challenges are compounded when business leaders have a “crack the whip” mentality.

The old way of doing business focused on numbers and statistics with little regard for the human element. Most business leaders don’t understand what causes employees to burn out and leave. They aren’t educated on innovative approaches to working with people.

For too long, working fast and furiously and multitasking all the way has been the goal in the workplace. Employees often covet their prowess at multitasking, and wear that ability like a badge of honor. But the reality is it simply isn’t efficient or productive. Worse yet it is a fast track to burnout.

Workplace stress and anxiety have reached epidemic proportions and it’s no wonder. On average people spend at least a third of their lives at work, and research shows it can be the least happy third. Unhappy, unhealthy employees create a toxic work culture, which has a negative impact on the bottom line. When people don’t feel supported, they are less productive, efficient, and resilient.

The Antidote to An Unhealthy Work Culture

Mindfulness training that is specifically architected for the business environment is proven to increase employee well-being. Evidence shows that mindfulness practices cultivate improved productivity and efficiency. People make better decisions and become more creative. When people practice mindfulness in the workplace, management teams are better equipped to communicate well and more able to work together to find creative solutions to problems.

The practice of Mindfulness has a direct correlation with improved focus and attention.  As wellness improves within an organization, the culture shifts to one of efficiency, engagement, vitality, and resiliency. Healthcare costs are reduced, resulting in increased bottom line profits.

Look no further than Aetna Insurance for evidence of the effects of workplace mindfulness training. Aetna was a very unhealthy place to work. Employees were overworked, underpaid, and so stressed that one was reportedly suicidal. The company culture was destructive.

In 2004, CEO Mark Bertolini suffered a life-threatening ski accident. A long, difficult recovery was largely unsuccessful. The pain had gotten so bad that Bertolini considered suicide. Then, while looking for alternative approaches to managing the pain, he stumbled onto mindfulness practices.

Bertolini’s turnaround was life changing. He believed mindfulness could change Aetna’s company culture as well, so he took it to the workplace. HR and senior leaders resisted the idea at first, and some even left the company when Bertolini insisted on implementing mindfulness practices at Aetna. But the ideas were implemented, and the results spoke for themselves.

More than 25,000 people participated in Aetna’s mindfulness programs. Aetna’s ROI soared. As the practices took hold, there was an amazing shift in the culture of the company. Participants reported a 28% reduction in stress, a 20% improvement in sleep, and a 19% reduction in pain. Their productivity increased an average of 62 minutes per week, worth $3000 per employee per year.

Aetna’s results show that focusing on employee well-being by reducing stress and anxiety leads to healthier employees both mentally and emotionally. Companies can experience amazing benefits and increase their bottom line with mindfulness practices.

In 1983, R. W. Montgomery, the owner of a chemical plant in Detroit, recognized that his employees were not working efficiently and productively. Not only was stress an issue but workers were experiencing physical issues as well. This resulted in high levels of absenteeism, lost production, and skyrocketing health care costs.

Montgomery decided to pay for meditation practice training for 52 of the company’s 100 workers, including managers and line workers. Each of the 52 participants meditated for 20 minutes before coming to work and again in the afternoon for 20 minutes.

In just three months, employees reported they had more energy, were more resilient, and their physical issues improved. Over the next three years, results improved even more. Absenteeism fell by 85%, productivity rose 120%, injuries dropped 70%, and profits increased 520%.

Because of the meditation training, “People enjoyed their work, they were more creative and productive,” Montgomery said. “I tell companies, if you do this, you’ll get a return on your investment in one year.”

Montgomery’s experience is more evidence that mindfulness practices help employees increase their ability to focus. Mindfulness enhances creativity and promotes qualities of resiliency and well-being. By moving beyond the old way of doing business and embracing the new strategies of mindfulness and meditation, companies can innovate and increase bottom line profits.

The whiplash effect that occurs when businesses focus strictly on numbers not only causes burnout but can also cause a recently discovered phenomena known as presenteeism. Presenteeism occurs when someone is physically at work but isn’t really there emotionally and/or mentally.

An example of the effects of presenteeism and burnout was seen several years ago at General Mills while the company was going through a difficult buyout of Pillsbury. The process was taking three times as long as expected with thousands of jobs at stake if the deal didn’t go through.

Vice President Janice Marturano and her team were working twelve hours a day, seven days a week. During this time, she lost her mother and her father, and she still had her own family, a husband and two small children to help care for.

After the buyout was finalized, Marturano realized she was just going through the motions in life. She was struggling with burnout from her job and grief from losing her parents. She was emotionally exhausted, couldn’t produce at the level she was used to, and was facing health issues. Her doctor recommended she go on a mindfulness retreat.

Marturano was highly skeptical, but she went on the retreat. She almost left after the second day, but then decided to stay. After the retreat, she realized everything had changed. Her focus had improved, and she was able to stay calm in work situations. In her words, the retreat transformed her.

The mindfulness program Marturano attended was so impactful for her that she decided to offer mindfulness programs to employees at General Mills’ headquarters in Minneapolis. The results were eye-opening. Employee productivity improved 83%, with 82% of participants noting they were able to eliminate tasks that weren’t productive. Decision making improved for 80%, and 89% of senior leaders said they were better listeners.

As General Mills’ experience shows, reducing or eliminating issues such as burnout and presenteeism can help employees at every level of an organization become more resilient and engaged. This is one more example of how improving employee well-being and shifting the company culture pays huge dividends.

Paying Positive Attention to Employees Can Improve the Bottom Line

As founder of The Still State Mindfulness Instruction, I provide world class training designed to help any organization create a culture of efficiency, resiliency, emotional intelligence, and company well-being. Delivered with experiential exercises, didactic presentation and individual or group formats, my training program will help you develop strategies to shift your organization’s perspective and culture so it can thrive.

Let’s work together! You can visit my website at www.TheStillStateMeditation.com or connect with me at marcy@TheStillStateMeditaiton.com to learn more about how to get started. I would love your feedback on this post, and will respond to every comment.

If you know someone who would benefit from this information, I’d be grateful if you would share it!